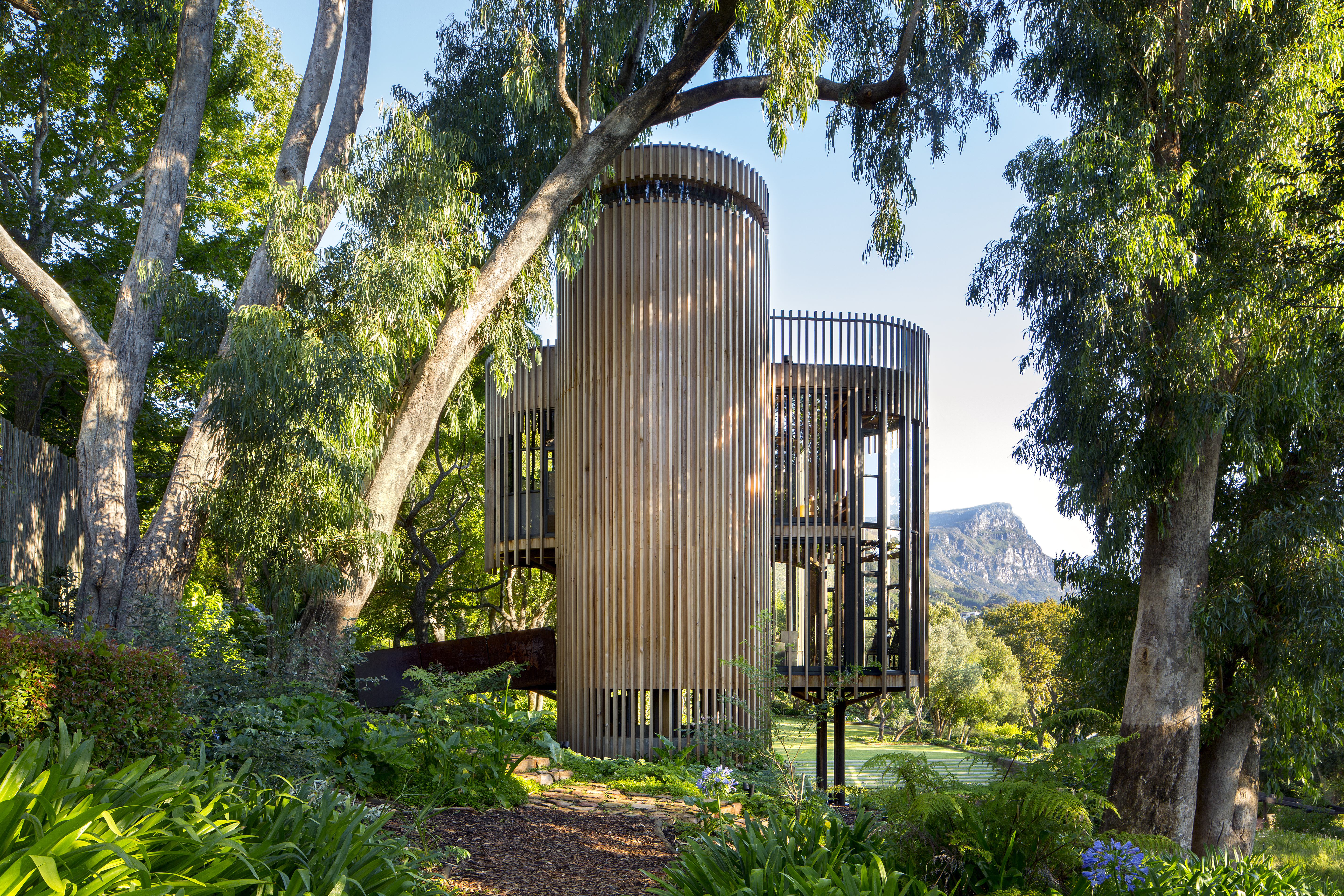 “A bearable lightness of being”

A pavilion may be described as habitable folly, an annex of space or spaces, often dedicated to pleasure in a discernible landscape condition. In that sense, pleasure may be manifest in the nature of the architecture of the pavilion, the juxtaposition to itself, the setting or its uses, or in the conscious denial of any normative architectural tropes or its celebration of particular virtues.

The dwelling is a groundbreaking pavilion, an intriguing and exquisitely assembled collage of copper, timber, Cor-ten steel and glass, magnificently crafted to finite tolerances, maintaining a sense of joy and refuge that is rarely encountered. Part creative retreat, part lothario lair and part bird-hide, it is set in a lush courtyard, and the rigor of its cylindrical ordering makes for a purposeful tension with its rectilinear landscape context. Its stark and profound architectural sense of self is both an asset to the ensemble of interior spaces as well as its contribution to a historical estate. It makes no attempt to refer to any era of the sites rich history, but marks out a territory unto itself.

Unashamedly an excellent project that sits comfortably in the pantheon of the high art of architecture, its qualities of intimacy are at once new to the eye and yet familiar, blurring the fine line between its aesthetic affectations and a place where a pool of spilled coffee on the counter would not entirely detract. It is delicate and robust – playful and yet highly accomplished. The architecture transcends its stereometric qualities, the filigree of timber, play of light and weightlessness is experiential architecture at its best. Image driven architecture has found great momentum in our current context of instant gratification and this project defies those constraints to create a truly special architecture; best consumed and perceived by the body in space and time.