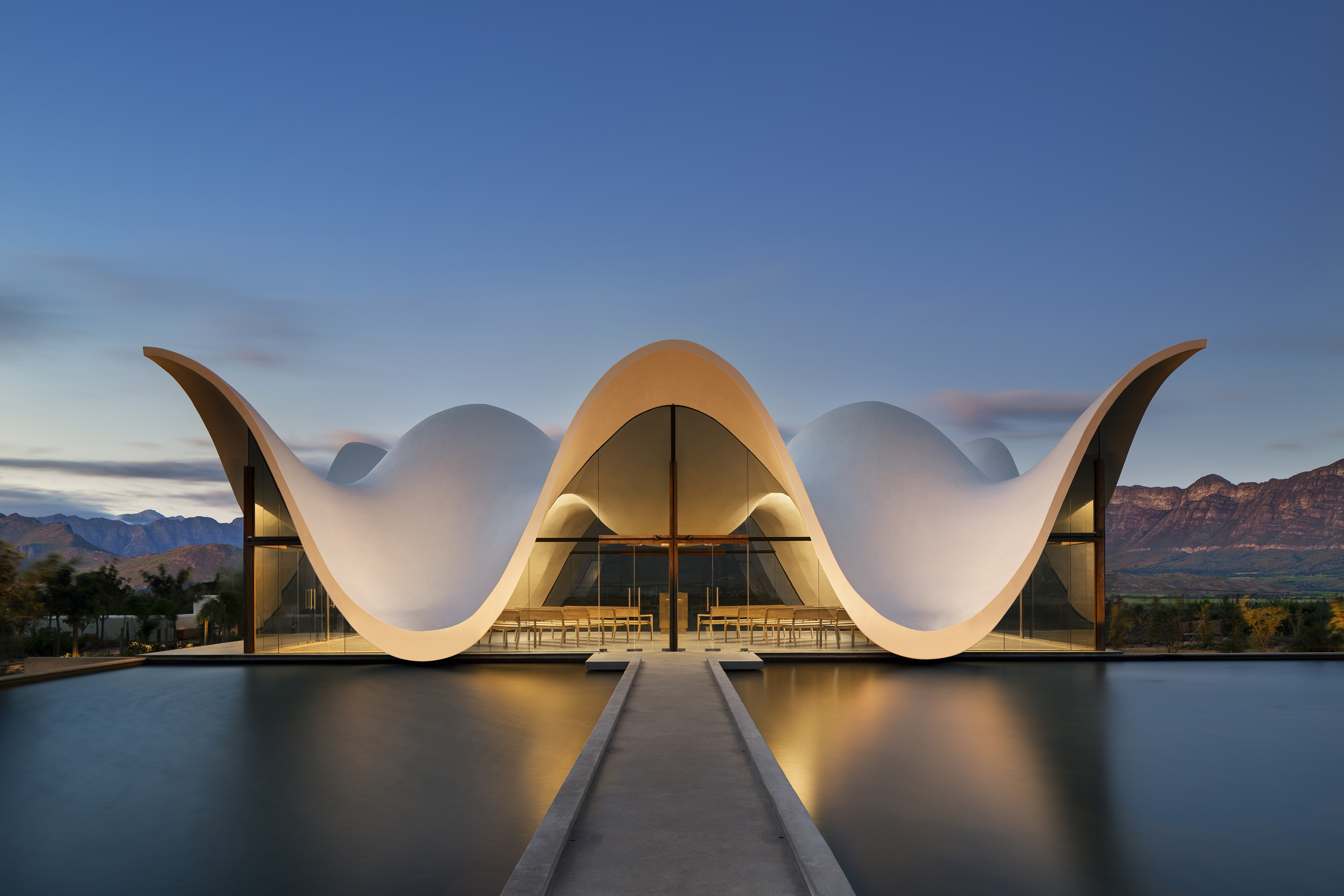 The Bosjes Chapel is a bold architectural statement in the context of South Africa’s agricultural landscape. Unburdened by vernacular overtones or historic references, without attempting to disappear into the landscape, it still sits comfortably within this fairly unknown valley outside Worcester.

Its elegant sculptural form, crisp edges, and sense of weightlessness belies a fairly simple construction process and waterproofing system. The sparse interior draws the surrounding landscape in, while the Chapel is tied to the formal and artificial axiality of the farmstead. In its raised position, it acts as focal point within the valley, rendering it all the more striking. It has been well-publicised and its recognisable shape is already well-known, so is certainly successful in the promotion of agricultural tourism to the area.

A chapel occupies a unique niche in the architecture of ritual, neither burdened by the gravity of the church or the cathedral; it is an intermediary condition between the orthodoxy of faith, expressed architecture, and spiritus, with an altogether more intangible sense of purpose. This particular Chapel occupies this territory well, creating a unique simultaneity between architectural marvel, and place of ritual. Its sense of finesse and bravado is apparent at the scale of the landscape, that of its architecture and the finer human scale. It is a noteworthy addition to the region’s architectural heritage.

[1] The original submission included the Manor House, “Die Skuur”, “Kombuis” and the Chapel, but it should be noted that the award is made to the Chapel only.