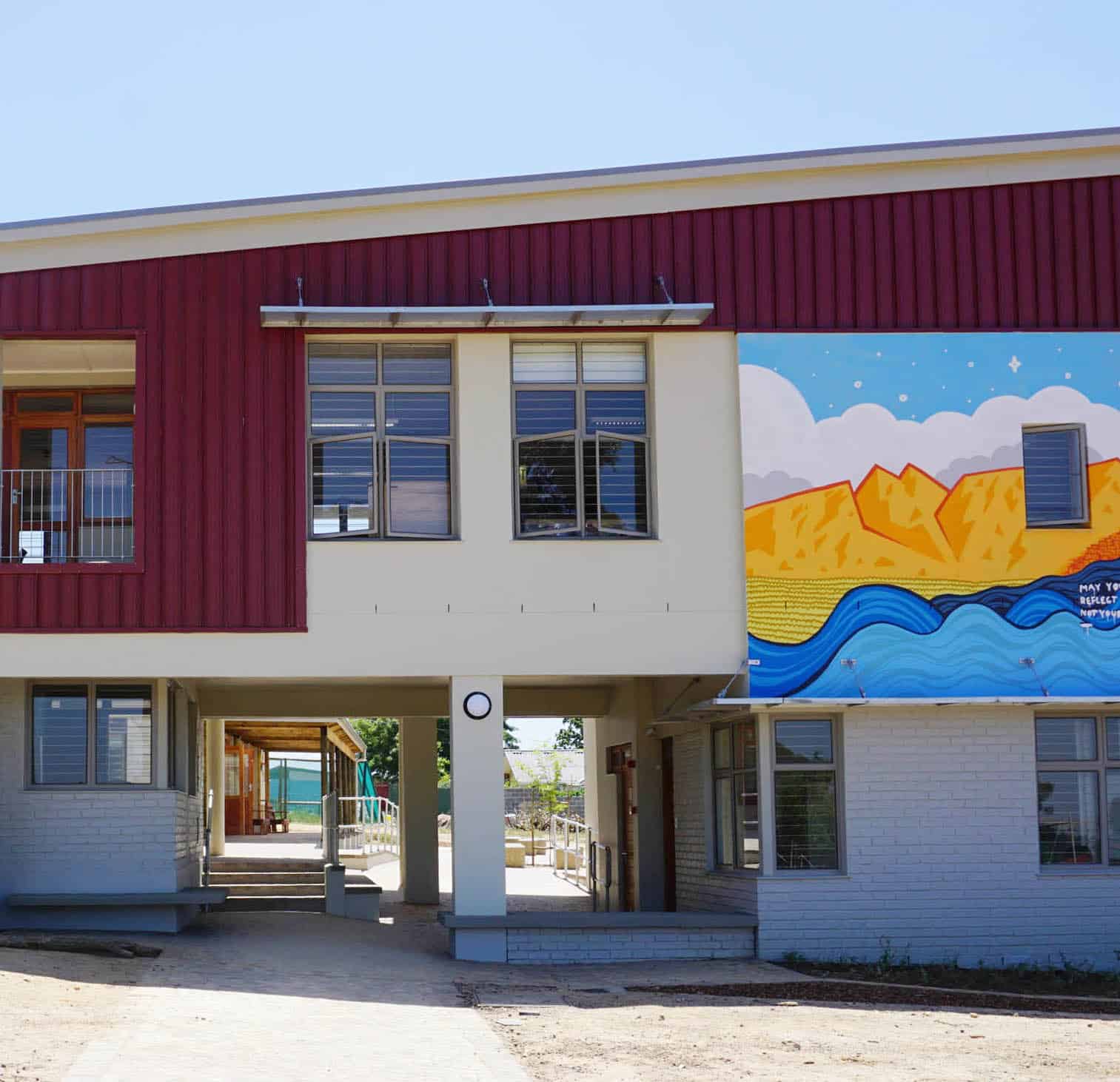 This is an extraordinary project as it is not only its physical architectural manifestation, but also the process which it had to engage with to provide a solution in this harsh rural context of poverty and instability that contributes to the important discourse relating to socially relevant architecture.

The urban conceptual diagram explains the urban links that are important in this rural context. The identification of Buitenkant Street as a prominent pedestrian link between the town and the informal areas was a result of a Community Action Plan and a Public Investment Framework. This process not only informs the architect, but it empowers the residents to understand their context and be part of shaping it. The intervention provides not only physical building but a social structure as well.

The main building forms an urban edge which has a central opening allowing the sunlight to filter through. It also becomes the axis through which the children on the school playing field have a visual connection with the playing area of the project. The visibility and connection the building facilitates is important.

The first phase, a smaller building with classrooms, was experimental, working with sun-dried earth blocks. This could not be maintained for the larger building as it was too time consuming.

The urban intervention gives scale to a predominantly low-cost housing environment with single storey dwellings and informal structures. The building is robust with a plinth and metal clad top floors. Murals were done by the local community. The buildings’ internal spaces are flooded by natural light and the spaces promote interaction between the user groups. The main philosophy was to address safety and security and the intervention does this well as it becomes a backdrop for social interaction and cohesion.